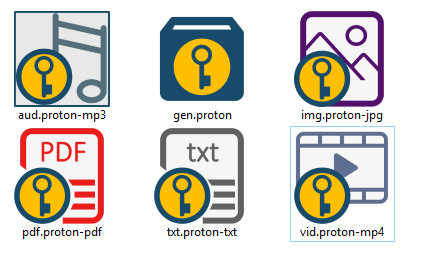 Until now Prot-On kept the extension of files when protect them, thus e.g. a file named example.pdf was protected as example.proton.pdf

Now, by default the extension will change to a specific Prot-On extension, so the file example.pdf will be protected as example.proton-pdf

Reason for this change is that it allows to associate in the operative system the extensions proton-* to Prot-On application, what improves the user experience:

Counterpart is that a user without Prot-On installed is not able to open the file and then the template indicating that it is a protected file will not be shown any more.

The domain administrators who prefer to maintain extensions can configure it in the domain settings.