The twists and turns that various legislative initiatives take, under discussion on both sides of the Atlantic to reform the current regulation, prompt users to take action themselves.

The European Union and the United States are close to reaching an agreement on the protection of personal data under which they will be able to exchange this type of information in the course of police and counter terrorism investigations. The bill called “Legal Remedy”, introduced by Congressman Jim Sensenbrenner, if approved, would allow us European citizens to file a lawsuit in US courts on account of abuse of our rights to privacy, by US companies, among others.

Some think that this is perhaps one of the bargaining chips that the European Union has demanded of the Obama administration in the framework of secret negotiations on the Transatlantic Trade and Investment Partnership (TTIP). However, on the flip side, many others fear that the Partnership, in general, will be a pact to “trample on” the rights of citizens, and that this explains the European Commission’s interest in keeping the negotiations under wraps. Jan Philipp Albrecht, of the Civil Liberties Committee of the European Parliament, claimed: “We will not allow the data protection laws to be negotiated under the TTIP”.

It might also be a desperate solution to a likely blocking of the renewal of the Safe Harbor Agreement. Just recently, Dr. Alexander Dix, speaking on behalf of the German Federal Data Protection Authority, declared that the Safe Harbor Agreement is practically moot, unless illegal wiretapping is limited by the intelligence agencies. The legal and economic consequences that would ensue from the non-renewal would be catastrophic for multinational companies operating in the EU and North America.

Putting all speculation aside, if Congressman Sensenbrenner’s initiative does get the go-ahead, European citizens, users of services provided by companies like Facebook, Twitter, Microsoft, Google, Dropbox, etc., can rest peacefully. In response to abuses of our rights and infringement of our privacy, we could take a plane to California, paid to stay at a hotel and hire a law firm, because we would have the right to file a lawsuit in a California court to defend ourselves against such abuses and infringement.

While Congressman Sensenbrenner strives to push his bill through in the United States, the General Data Protection Regulation continues its labyrinth in Europe, trying to close agreements between twenty eight states – chapter by chapter. There is still some friction between certain requirements of the Regulation and principles established in the current Privacy Directive. On top of all this, we must add the discomfort of European Internet service providers and telecommunications operators, which are at a significant disadvantage compared to the rest of the industry and American service providers when it comes to privacy requirements governing the treatment of its customers’ data. 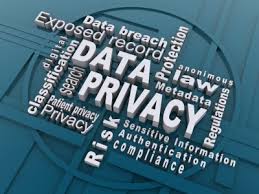 Given the current legislative fog surrounding this issue, with a European Data Protection Regulation that is still at an impasse after more than three years of debate, a European Privacy Directive also under review, as well as the Safe Harbor Agreement, the best way to protect our basic right to privacy is for us to take the initiative as users, preventing abuses and the illegal treatment of our data, our opinions, intellectual property, etc.

If, on the one hand, we can’t trust big corporations to play fair with our data or the ability of our governments to effectively protect our rights, and on the other hand, we neither have the time nor the money to file a lawsuit in the state of California, a simple and inexpensive option is to use Prot-On to protect all that matters to us while we use those great online services that are now part of our lives.