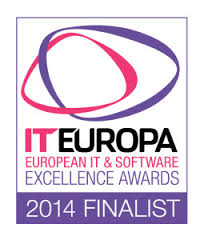 They have announced the finalists of the European IT & Software Excellence Awards 2014 and Prot-On is included for the best security solution of the year award..

The European IT & Software Excellence Awards are the only pan-European awards which recognise the crucial role that ISVs, Solution Providers and Systems Integrators play in the delivery of real world solutions, and attracted entries from 25 countries.

A total of 81 companies from 16 European countries have made the finals. The winners will be announced at the European IT & Software Excellence 2014 Awards Dinner at the Lancaster London Hotel, on 26th March 2014.

“The quality of entries was extremely high and demonstrated the depth of talent in European IT and Telecoms channels,” stated Alan Norman, Managing Director of IT Europa. “We had a record number of entries this year the finalists have come from right across Europe, with Central and Eastern European countries well represented.”

The security solution of the year has 4 finalists which are:

Check here for the rest of the categories and their finalists.

Thank you to the European IT & Software Excellence Awards for your support.

Prot-On is one of the finalists in the European IT Awards was last modified: June 1st, 2015 by lnunez