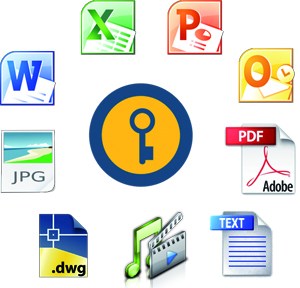 Recommendations of the European Aviation Safety Agency to encrypt our information

In a recent interview with the newspaper elmundo.es, the Director of the European Network and Information Security Agency (ENISA, https://www.enisa.europa.eu/) Udo Helmbrcht advises encrypt information if you are going to use the internet and does a simple analysis of the options available to it.

On the one hand, there are open source tools like PGP, which are resistant but complicated to use, or passwords to protect files, simple but weak mechanism. On the other hand he refers to professional, robust and yet easy to use tools, which can be bought for a few euros.

At another point in the interview prof. Helmbrcht warns of the technical capabilities of the intelligence services to read emails, even encrypted, and recommends not using cryptographic software of those companies based in countries where this practice is legally permitted.

The recommendations of the Director of ENISA have greater importance now that email in the cloud has become popular. Is of little use to encrypt messages if the keys are kept in the same country and the same jurisdiction as such messages. It would be like delivering the henhouse’s keys to the fox.

Prot-On is an encryption service independent from other software manufacturers but compatible with them. Using Prot-On you will have the assurance that those who keep your encrypted documents never would have the keys to decrypt them, and moreover you will be able to control the use that of such information could do the people that you determined.

Recommendations of the European Aviation Safety Agency to encrypt our information was last modified: March 10th, 2016 by lnunez